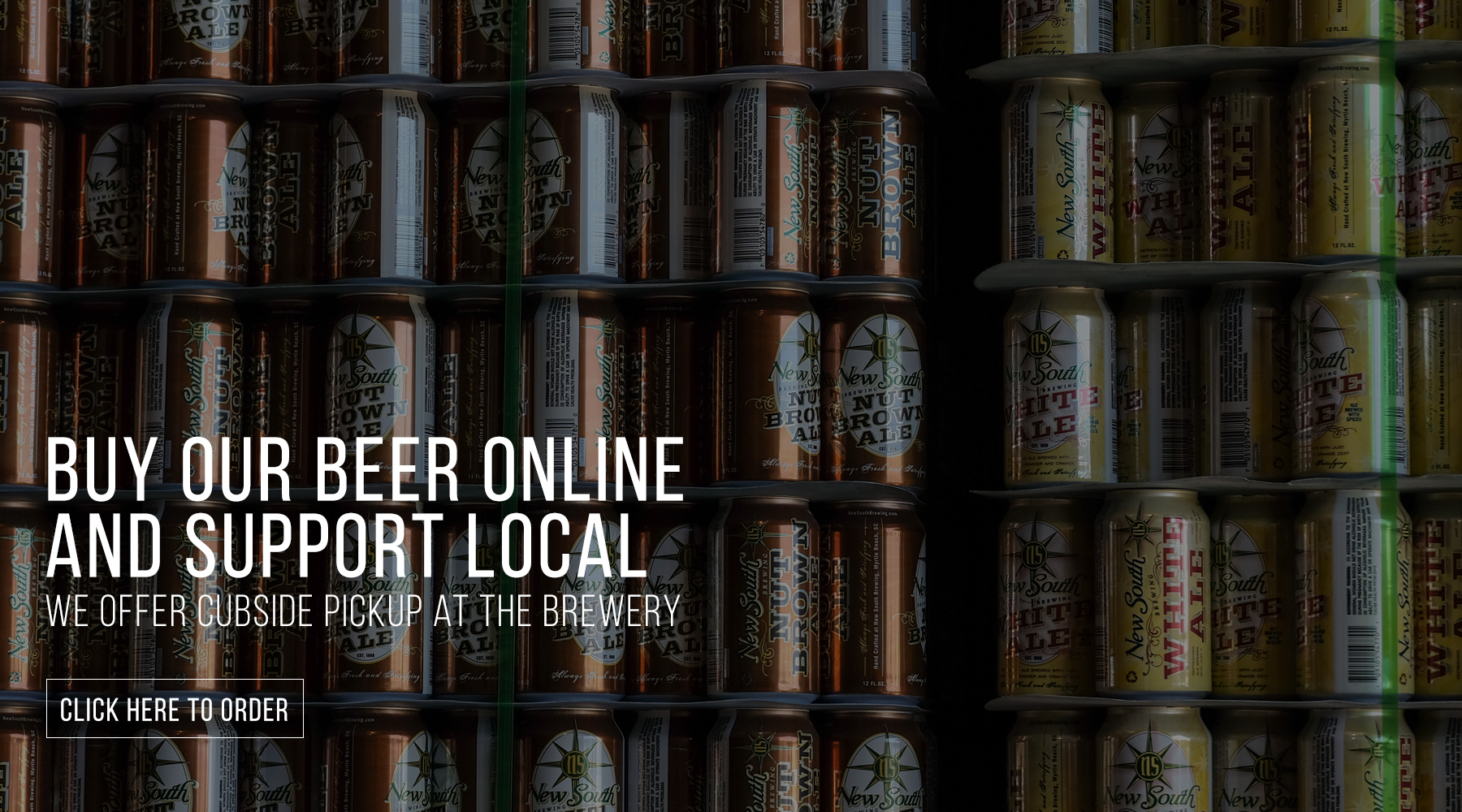 Serving it
Fresh Since 1998

New South Brewing is a small microbrewery located in the heart of Myrtle Beach, S.C. Since its beginning in 1998, the misson of New South Brewing has been a simple one: Supply those living in or visiting South Carolina with fresh and flavorful ales and lagers. 20 years later New South Brewing is proud and honored to still be doing what we set out to do. The best part is making beer is what we love to do!

As a small brewery, we work very hard to make sure every ounce of beer we make is of the highest quality when it leaves our brewery on its journey to you. We hope you enjoy our fresh ales and lagers as much as we love brewing them.

This is Blaine, he is the newest member of the New

This is a good one if you can find it

The Gnosh Pit is here with delicious food for you,